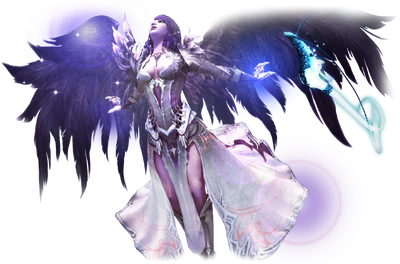 <Spirit Erosion I> ability can increase the drop rate of rare items. Spiritmasters are also sought after for many higher level instance areas, as bosses in those areas usually have many buff abilities that can only be removed by a Spiritmasters' buff removal abilities.

<Fear Shriek I> can lock down an entire enemy party at once, leaving the Spiritmaster's group to freely dispatch enemy players with no fear of retaliation. Also, any buffs that the enemy team may have had will only serve to serve to hurt them when facing a Spiritmaster. In addition, a Spiritmasters' AoE damage over time skills and the use of their summons to apply pressure to enemy casters, makes the Spiritmaster an incredible force to be reckoned with in any group PvP scenario. With so much potential to wreak havoc on an enemy group, Spiritmasters are usually targeted and dispatched first, even before clerics, as even one well placed fear spell can instantly end the battle for the team on the receiving end.

<Spirit Substitution I> skill, if caught unprepared, they can be dispatched very quickly.