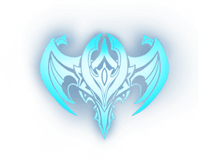 The Pandora Agency is an organization introduced in 6.5, aimed at players of level 80 focusing on endgame content. The agency is composed of two branches with different objectives; the Pandora Labor Agency and the Pandora Development Agency.

Players can interact with the agency in Lakrum in the faction's main base, Ancient Sanctum of Life for Elyos and Ancient Temple of Knowledge for Asmodians.

The sole purpose of this branch is to offer PvE gear through a set of quests. In order to unlock the stronger version of the gear, the player must complete the questline for the Legendary Pandora set. Only there they may have access to the quests rewarding the tokens required for the Ultimate Pandora set.

Gear awarded by the Pandora Agency has slightly higher base stats (and notably higher critical stats) than their instance equivalents, at the expense of a significantly lower PvE attack and defense. This gear is mainly used by players as placeholders, to fill in for the missing pieces in one's Legendary or Ultimate set so that they may more quickly move onto the relevant endgame instances.

The questline is composed of five individual quests, each one rewarding a specific piece of armor (much like the former Daevanion questlines). Each quest asks the player to bring ten insignias, which are obtained from doing smaller tasks from the same NPC. Each task has a weekly limit of three times, with the exception of the Messenger quest, which is limited to once per week.

Every time the player completes one of the insignia quests, they will receive

<Pandora's Fruit> (A), being able to be used. Using them five times (once per armor quest) is required to complete the weapon quest, rewarding the Ultimate Pandora weapon for each class.

The Ultimate Pandora set questline follows a similar structure to the previous stage. Each quest rewards a

<Pandora Certificate of Praise>, as well as an Exchange Stone which can be traded in for its respective ultimate piece (along with a specific amount of

<Pandora Equipment Exchange Certificates>, bought from the General Goods Merchant in Lakrum). Each quest asks for special quest items awarded for carrying out other lesser missions. These missions can be done twice per week, with the exception of the Messenger quest, which is limited to once per week.

<Pandora Certificate of Praise> collected will count towards the second part of the Ultimate Pandora weapon quest.

Upon completing both questlines, players will have access to the final steps. New repeatable quests will be available, but these can be completed infinitely with no time restrictions. They will be similar tasks to the previous quests, but consolidating them together with adjusted amounts. Each one will award three

<Pandora Marks> when completed. These tokens are required to perform the exchange for the remaining pieces not awarded through the quests, including a secondary weapon, accessories, headgear, plumes, bracelets and wings.

First, it is required to exchange

This branch gives access to the battlefields which take place on certain areas of Cygnea and Enshar. There are two types of battlefields which can happen. One will be PvE only, requiring to either defend a cart or escort an NPC as well as defeating bosses. The other one will be about PvP, where both factions are placed against one another, being required to perform a specific task before the opposing faction to win. Each battlefield will also have a different cap to the amount of players which can take part of it, being either up to 24 players (full alliance) or up to 48 players (two alliances in league).

Battlefields will be available through special rifts which spawn in the faction's main base in Lakrum. Rifts have specific times during the day in which they will spawn, only allowing up to a certain amount of players to join. If the player cap is reached, no others will be able to join. Upon entering, all players will be automatically grouped up together in an alliance. Leaving the battlefields' grounds will automatically kick the player from the alliance and teleport them back to Lakrum. Each battlefield has a 20 minute time limit to be completed, after which all players are sent back.

Players can win a battlefield by performing the battlefield's specific task and destroying the giant chest which spawns afterwards. Upon completion, all players will be kicked out and removed from the area after 5 minutes.

Rewards from the final chest will have to be rolled on between all players. Opening them is required for the weekly quest rewarding Ereshkigal Cubicles and

<Kibrium Bundle>. Rewards from the chest include:

Retrieved from "https://aion.fandom.com/wiki/Pandora_Agency?oldid=104082"
Community content is available under CC-BY-SA unless otherwise noted.