This guide contains basics to help you enjoy Aion, and progress through levels and quests. Read on and learn what many players already know - where to get quests, what weapons and manastones are best for a certain class of player, and how to get groups when needed.

As soon as possible, bind to an obelisk, which costs kinah. This becomes the resurrection point if defeated, and is the returning location when using

<Return>. If defeated, pay the Soul Healer at the obelisk to remove the death debuff to reduce the time it lasts. 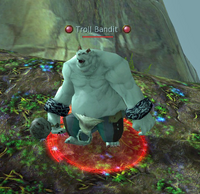 Clicking on an NPC will select it, allowing attack. Alternately, pressing <Tab> will cycle through nearby targets. A targeted hostile NPC will be highlighted on the screen with a red circle on the ground where they are, and the name will highlight as well. Friendly NPC's have a smaller, yellow circle at their feet.

Skills are learned from skill manuals, or acquired through use of a stigma after level 20. Skill manuals can be purchased from Trainers in various locations. The starting villages have manuals up to level 9, then the major cities of Pandaemonium and Sanctum have two areas to purchase skill manuals. Quests will guide new players to both areas as they continue to level up. Some manuals are only available as drops, but can often be purchased from the Broker.

To learn a new skill, right-click the manual in your inventory. To add it to the skill bar, press <K> and drag the skill onto the desired spot on the skill bar. Locking the skill bar will prevent accidental removal of skills.

Unlocking the bar allows players to relocate skills as desired.

Passive skills will increase certain attributes, and do not need to be on a skill bar. It is probably helpful to put the <Loot> skill on the bar.

After a battle, both HP and MP will be decreased. Natural healing and mana regeneration will increase faster if resting. Hit the comma key to rest.

As certain quests are completed, players get a title as the reward. Each title will affect specific attributes if selected. Press

and chose the <Title> tab to see what the choices are. For a full listing of titles, and their effects, see Title.

<No Escaping Destiny> [p20], while Elyos need to do

At level 20, these are the stigmas that can be used: 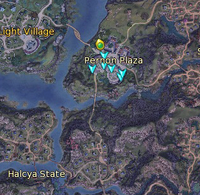 There are several different types of quests that will be encountered in the game. Campaign quests progress the game, but standard side quests offer kinah, items, XP and additional lore that makes the game more enjoyable. Completing quests is the fastest way to level a character. Pressing <J> will access the journal. Clicking on one of the top tabs opens that section of quests. Each will be listed by the area where it is acquired. Campaign quests have yellow markers, and standard quests are a medium blue. Key quests, which will lead to new areas or important progress points, are a different brighter blue. If there are events, those have a dark pink marker. Quests will appear on the map (click <M> to open the map).

There are a number of various chat channels to communicate with other players. Right- clicking on the tab will give the option to change the chat settings. Colors can be custom set, and can be reset to default if desired. After typing the correct command, hit <Enter> to open up the dialogue box to type the message. NOTE: Emotes can be seen by players of both factions, which can be important in hostile areas.

Areas where there are no rifts have more than one channel, and can be helpful to find groups or friends. Moving to a less crowded channel when killing quest mobs, for example, can be advantageous. To change channels, open the Menu (default: <F10>) and chose Change Channel from the Go to Channel sub-menu. A dialog box will open, chose the desired channel and click OK.

With the 3.1 Update, a new Fast-Track Server was added which offers a 100% XP boost up to level 50. This is accessible to characters from all existing servers, so that they can play together and receive benefits that help them level up quicker.

If a quest requires a specific NPC or location, type /where [name] to locate it. Another option is to open the quest, and click the <Locate> button and it will display as an <X> on your map.

Another alternative is to open the map (open the map with the <M> key ) and chose the <Quest> tab on the upper left corner. Highlighting a quest will change to the region map and show a grey circle on the area needed for the quest. However, this will not work for some quests, particularly those within an instance.

Inventory or cube space, can be accessed by pressing <I>. There are many types of items which can be stored in a cube, pet, warehouse, or legion storage. The first expansion for cube space can be purchased in the first village new players visit. For more information on Cube Expansion see Cube. The Account warehouse will store items for all characters on the same server on an account.

Other items may have specific limitations on their descriptions. They may be unable to be traded, or stored in some cases. Some cannot be sold or cannot be disenchanted. It is always a good idea to read the item description when in a group and rolling on items. Most groups use the "class appropriate" rule to determine who should roll on items.

There are many different playstyles, and many different kinds of gear. Take a look at the chart below for preferred types of equipment based on each class's recommended role.

Abilities can be boosted by choosing equipment, armor, accessories and manastones which are of more valuable for your class.

Rarity refers to a classification system used for items. The more difficult to obtain an item, and the higher it's quality, the higher the rarity.

Each class will benefit more from specific manastones, until reaching max level when players may have multiple armor sets for specific attributes.

Some areas and quests will require grouping with others to accomplish a task, usually because the mobs are elite in the area. There are a few ways to join a group.

Each class of player has an expected role with in a group, and working effectively together can be the difference between success and wiping. A well balanced group will include a good combination of classes. 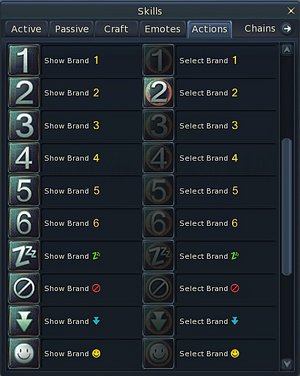 Brands are icons that can be used to mark targets to coordinate the group. The Group leader can select a target, then place brands that appear above that target's head, visible to any group member.

Brands can also be used in an Alliance to mark targets, but can only be seen by alliance members.
Retrieved from "https://aion.fandom.com/wiki/New_Player_Guide?oldid=88119"
Community content is available under CC-BY-SA unless otherwise noted.