Beritra is the 4th ranked Dragon Lord. He serves as the primary antagonist for much of the 4.x update, including the Dark Betrayal (4.0), Steel Cavalry (4.5), Invasion (4.7) and Upheaval (4.8) expansions.

After the events of 4.8 he goes missing. With the 7.0 update Beritra returns into the picture, and will likely play a pivotal role in the things to come.

Despite his high rank, Beritra is rarely heard from. He enjoys moving in the shadows, and doesn't wish to be known to the world. His position among the Balaur implies great power, but little is known about him, the master of Darkness and Chaos. His actions hint at a highly cunning and sly personality, always hatching schemes and committing betrayals where needed to further his plans. He revels in watching his enemies destroy themselves from within.

He has been fighting against the Daevas and Empyrean Lords since before the Cataclysm, as it is known that he led the Zunewgishe Legion in the attack against Brusthonin and was the mastermind behind the subsequent contamination of the region. It was one of his weapons that turned the citizens of Beluslan into undead, and it were his Dredgions that destroyed the Reian city of Kamar while <Kahrun> was missing. If the player is Asmodian, it also is a sliver of his dark energy that allowed the player to overpower Hellion at the end of the original campaign.

Israphel revealed that Beritra was his ally in the plot against Aion. Beritra convinced Fregion and the other 3 Dragon Lords to attend the peace conference that resulted in the Cataclysm.

In 4.8 players have a chance to fight Beritra in both his human and Dragon form in the Drakenspire Depths. The events that took place there revealed how he is obsessed with power, as he now ends up blindly seeking it through Ereshkigal.

Beritra makes his first appearance at the start of Aion 4.0, where he reveals that he silenced Tiamat's call for help and willingly left her to die. During the three months that the player remains unconscious his armies invade and conquer much of the newly discovered regions of Katalam, Danaria and the Idian Depths. While the Elyos and Asmodians scramble to destroy his outposts and recapture the land, his true objective lies elsewhere. In the Danaria Campaign he takes on the appearance of a famous Elyos/Asmodian scholar and tricks the suggestible player into helping him activate an ancient <Hyperion>.

With the ancient machine active and under his control, Beritra drops his disguise and attacks the player, who is saved in the nick of time by Kaisinel's/Marchutan's agent. A subsequent meeting with the Lord reveals that he had the player's brain modified via magic to make him/her the the ideal accomplice and thus bait for Beritra. But this plan ultimately failed as Beritra had masked his own appearance and fooled everyone, even tricking the player and their faction into assisting him without either realizing it.

The Elyos and Asmodians eventually locate and destroy Hyperion in the Infinity Shard, but they are too late as Beritra's aide Sheba had already replicated the technology found inside the Danuar weapon to create similar war machines, which Beritra then deploys in a full-scale invasion against Elysea, Asmodae, several regions of Balaurea, and the Abyss (4.7). At the same time his troops succeed in establishing a trans-dimensional portal that leads to a secluded region of the Abyss, Panesterra, which he then uses as a stronghold to manually ascend one of his most trusted officers, <Ahserion>, into the new 5th Dragon Lord.

Despite the sheer destructive potential of the machines and the already half-ascended Ahserion, the Daevas manage stand strong. Through using leftover technologies from the Danuar and salvaging whatever pieces could be obtained from the invading Balaur troops and machinery, they manage to make some major improvements to their existing weaponry and eventually turn the tide on the Dragon Lord. The Linkgate Foundry is infiltrated and shut down, while in Panesterra even the already half-ascended Ahserion had to bow before the new might of the Daevas.

The Daevas are celebrating their recent victories, but are quickly forced to realize that Beritra had been playing them from the beginning. Everything up until now was but a distraction, a means for the Dragon Lord to buy the time he needed to fulfill his true objective. When the Daevas are celebrating Beritra seizes his chance and attacks: the lands of Sarpan, Tiamaranta, Katalam and Danaria all perish during the Upheaval along with thousands of lives, causing the Elyos and Asmodians to painfully realize just how much they have underestimated the Dragon Lord.

After the disaster Beritra's location is eventually pinpointed to the newly risen land of Cygnea/Enshar (4.8). As the Daevas explore this new region they uncover many hints about its history, and eventually come to realize the secret it holds. The land is in fact a prison for an entity that lies entombed underneath it, and the regions that were destroyed during the Upheaval were the 'seals' that had kept the land submerged all this time. Eventually the Daevas realize that the entity that lies entombed underneath the land is Tiamat's "dark secret", and the goal that Beritra had been after all this time: the 3rd Dragon Lord, <Ereshkigal>.

The Elyos and Asmodians immediately launch a full-scale raid on the Drakenspire Depths, fully aware that the prospect of facing two Dragon Lords at once would spell their end. At the end the prison they come to face with Beritra, who is guarding a relic that will not only free Ereshkigal but also bind the elder Dragon Lord to Beritra's will. An epic battle with Dark One ensues, and despite Beritra's overwhelming power the Daevas manage to hold their ground and eventually wear the 4th Dragon Lord down to the point where he has to flee. Beritra takes the relic within himself and takes off, taunting the players that they have accomplished nothing. As he disappears into the skies, one of his arms/claws falls to the ground. There has been no mention of him since.

After Beritra's disappearance his presence in the Abyss drastically shrunk. The remainders of his legions were either crushed by Ereshkigal's forces or driven out of the region, setting the stage for a new frontier. A now-awakened Ereshkigal comments to one of her soldiers that Beritra is still alive but is probably recovering somewhere after "fleeing with his tail between his legs".

Later on Beritra dispatches one of his remaining subordinates, his advisor <Akhal the Oracle> to investigate and seize control of an artifact that appeared after the aetheric field surrounding the Tower of Eternity disappeared. But once again Beritra's plans are foiled as the Daevas find out about this and slay Akhal inside his own stronghold.

In the 7.0 update it is revealed that Beritra is still alive and had once again disguised himself; this time as Atis/Rith, a renowned Elyos/Asmodian researcher assisting the faction in their bid to conquer Lakrum and bring the fight to Ereshkigal throughout the 6.0 update. After Ereshkigal perishes Beritra seizes his chance, and appears with the gauntlet created in the Primeth's Forge which he then uses to absorb the power of Genesis Relic.

As the newly discovered region of "Dumah" is the land of his former lover, Apsu, it is expected the Dark One will rise once again. 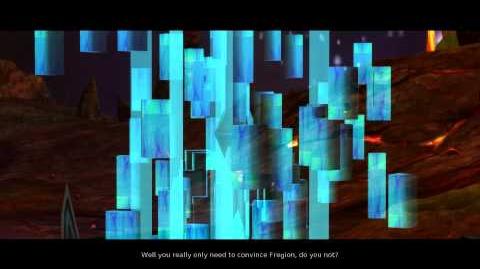 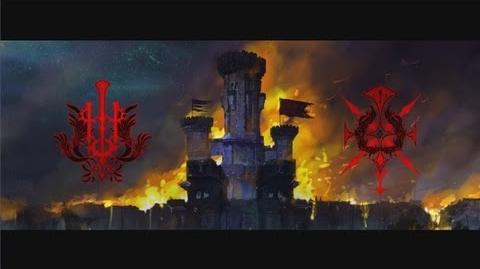