Argent Manor was an alliance instance for players of level 57+, introduced with the 3.0 update. The entrance was found in the Anaz Forest in Sarpan. It was the sequel instance to Elementis Forest, as it takes place in the manor found at the end of said forest.

This instance was frequently run by players, being a decent source of Eternal-grade PvE gear and

<Kahrun's Symbols>, as well as it serving as a prerequisite instance to leveling up a level 7 legion. If lucky players also had a chance at obtaining the illustrious Ancient Spirit's Wings as a drop.

During the 4.8 update Zadra Spellweaver, the final boss, sensed the incoming destruction of the Upheaval and temporarily teleported the manor into another dimension to avoid this. Doing so however has left him mad. In 4.9 it returned as Sealed Argent Manor, a (timed) solo version for Lv65+ players with loot based on performance. It can be accessed through the portals found in any of the Territory Villages and will require an item to enter. 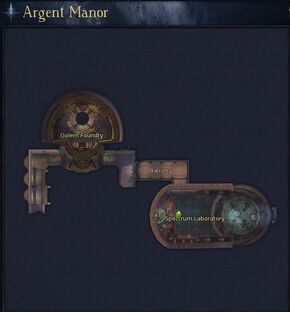 <Spirit Erosion I> on the boxes that spawn once a boss has been defeated to increase the chance of an Eternal drop.

The first boss, Cadella, spawns adds immediately if someone steps into blue area around him - so avoid going into there. Clear the room of all golems first (except the ones in the far-right back) before engaging the boss. One person from the group needs to make a circle around boss and mark all adds with numbers 1 - 5. Everyone starts to dps the boss, but remember to save dps burst skills for the adds. When boss starts to scream: "Heal me!" one of the adds will begin to moves towards him. One of the alliance leaders should shout out the number of the add moving. All DPS must kill that add before he heals the boss. Each add has an HP buff, so a Spiritmaster should debuff the moving add fast. Keeping DoT spells active on each add will also enable the group to more quickly identify which add will be called forth next, before the boss calls for it.

The next boss is the Gate. Do not touch the gate until all players are in the room. If someone does not get inside, everyone inside the room may need to relog in order for the gate to reopen. When you begin, watch the gates buffs - you need transform yourself into the opposite spirit to damage the gate (ie fire buff on gate = water spirit for damage).

The third boss is Unfinished Pletus. Here it is best to split into 2 groups. Group 1 should be the group with plate and cleric. They should go to the left hand pad. This is one of the parts where multiple clerics will help as you will need a healer in each group for this one to be less painful. Everyone should stay in the circle except your melee classes that have no ranged weapons. Chanters need to heal here without fighting. Note ranged classes more than 7m from him will die often from the reflect if there isn't an SM/SW in group to dispel.

The fourth boss is Zadra. It helps to have Magic Resistance food and fireproof scrolls for this fight. Alliance leaders can do a "Ready Check" to be sure everyone is prepared. When entering the circle - immediately spread out. Zandra loves to do random AoE pulls for damage, so again: spread out (especially healers). When Zadra runs to crystals/surkanas he gets a shield. Many do not worry about DPSing the surkanas, because if you fail and he gets the buff a Spiritmaster/Songweaver can easily dispel it. Just before you kill him, he will turn everyone into a Grassy Drakie and then run over to the mirror to the second room.

The final boss is Zadra's bigger version: Zadra Spellweaver. The Templar should build some aggro first, so it is suggested DPS classes begin slow. All healers should focus on keeping the tank alive. The Templar should keep the boss facing away from everyone else. Avoid the flame areas that appear on on the ground. 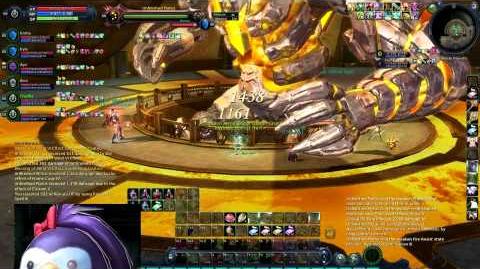 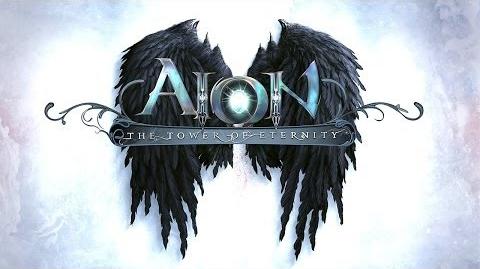 Retrieved from "https://aion.fandom.com/wiki/Argent_Manor?oldid=103628"
Community content is available under CC-BY-SA unless otherwise noted.