Awakened Legacy is an expansion to Aion, released on October 24, 2018, and refers to the official release of the patches 6.0 and 6.2 together. Alternative names for it include ReflyKR and New DawnEU. Considered the biggest game-changing patch, it offers crucial changes to core mechanics, major rework of all classes, overhaul of the levelling process and removal of legacy areas.

While the successful incursion into Divine Fortress may have seemed to be a good omen, that was only the calm before the cold storm. With Ereshkigal's powers fully restored thanks to the Incarna, she is now finally able to execute her vengeance. Using her powers, she is able to push the islands across Reshanta and use them as meteorites to crash against both Elysea and Asmodae. One by one, the giant rocks destroy the lands of the Daevas, spreading death and despair on the souls that remained there.

In a last attempt to save as many people are possible, the Archdaeva (the player) uses all its power to prevent these fragments from falling any further. While Ereshkigal's intentions are foiled, casualties and losses were nearly impossible to count, and the Archdaeva was drained from its power. Several regions were turned into lifeless valleys, and others were submerged into the sea. Ashamed, the Dragon Lord retreats to her hideout in Balaurea, but is fortunately tracked by the Daevas, seeking revenge. Lakrum opens up as the field for the ultimate hunt against Ereshkigal! 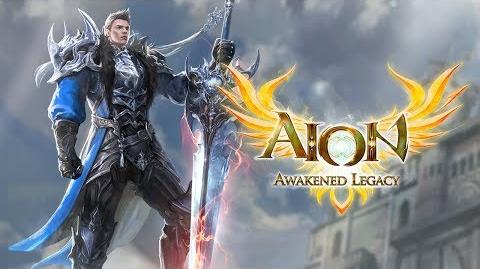 Retrieved from "https://aion.fandom.com/wiki/Aion:_Awakened_Legacy?oldid=102230"
Community content is available under CC-BY-SA unless otherwise noted.